I didn’t think about this until recently but I do have quite a history with meat. When I was in high school my very first job that bought me my first car was Deli Girl in the local grocery store…. this brought back some memories of some things that could easily make anyone vegan. Here are my top 5

1. Blood Sausage – Also known as black pudding this disgusting little coil of sausage made me gag every time I had to handle it. Made with actual blood (plus some other gross filler I couldn’t even imagine) it is very poplar with the British. I’m sure this is one product I could banish from existence and would never miss. I have never tried it and just the look and smell was enough to turn me off for life!

2. Cooked Ham -This product was very VERY popular especially with mothers and fathers who made lunches for their kids. I’m not vegan so yes I do eat ham but this particular product made me feel gross. It is ham that has been pressed into a square brick that cuts into perfectly square pieces for sandwiches. Processed so it doesn’t even look like what it was originally it is slimy and gross…. barf 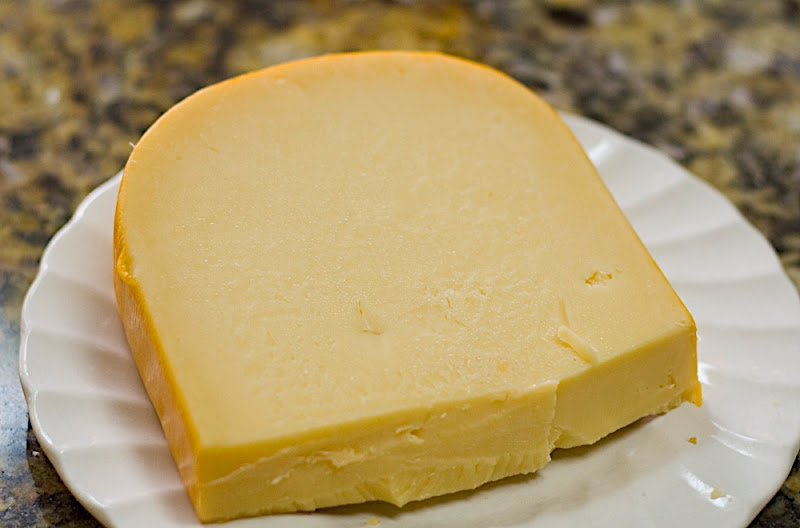 The Stinkiest Cheese Known to Me

3. Edam Cheese – I know this isn’t a meat but it sure does deserve to be in the disgusting deli products category. This Dutch cheese is so RANK that it was mandatory to put on new gloves before and after handling it, cleaning the slicer immediately after, and if you got some on your clothes a bath was needed immediately.  A stink enough to turn anyone off of cheese for life!

4. Pate – A disgusting puree of meat that fancy people like to spread on crackers and act fancy. This is another of the delicacies that I could never ever even put to my lips as the thought of puree of liver is a stomach turner for me… as probably most of you…. BLECK

THE Worst Meat Product of All Time

5. Head Cheese – BY FAR THE WORST THING I’VE EVER TOUCHED IN MY LIFE!  This meat jelly (two words that never ever should go together) It gets its lovely name because it is made from the head parts of either a cow or pig. BARF…. This disgusting “delicacy” comes in a few different forms and each is more disgusting than the last….. GAG

So these are products I would never buy and could never eat even if I was on Fear Factor. This is my top 5 but can you think of any other super disgusting meat products that (did or could) turn you vegan?